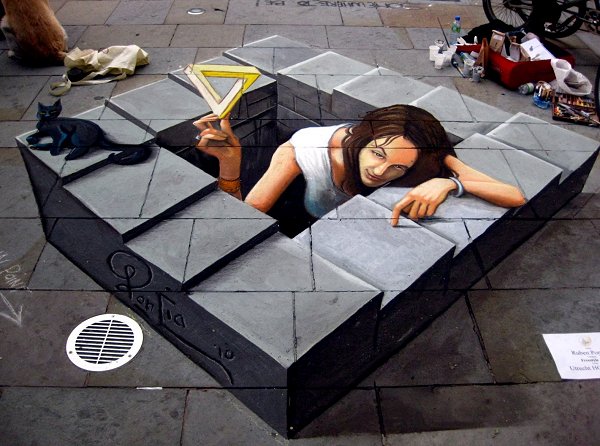 There are a ton of fun things I get to do at Musica Pristina. Hardware design. Software development. Meeting with vendors. And chatting with tons of people from across the globe about all things audio-philia, and more.

There's one part of the job that I can only describe as a love-hate relationship.

I earned a BS in Psychology in a former life, and have a headful of the scientific method, statistics and psychoacoustic phenomena. What I want to talk about today is something I refer to as the MC Escher Staircase of Audio Upgrades. It goes like this:

I've participated in listening tests, both as the subject and the experimenter, where I've seen this same thing happen. We begin with the baseline system, call it State A. Then we make an adjustment, creating State B. Everyone agrees that B is an improvement. We make yet another, sometimes different adjustment, and viola, State C is clearly an incremental improvement over State B. Just for fun, and to get a sense of just how far we've improved our sound, we flip it back to State A. And you guessed it, a room full of people (ok, by roomful I mean less than a handful) of people agree that A is "better" than C.

So what does this all mean?

Well, simple put, go back to the food example. After eating a banana or two, switching to an apple provides a marked improvement. Something new and different. Variety is the spice of life, and so it is in audio playback systems.

But it's more complex than this. Comparing to an apple is an oversimplification. We should more accurately compare to an entire meal. Because music (well, "good music") has a few hundred factors worth taking note of. So a given tweak is likely to "improve" a few, and also "damage" a few. Before I go further, let's move toward a less subjective world view. By "improve", I mean to cause the sound coming from the speakers to appear to more accurately represent the original recorded event. By "damage", I mean to move away from that accuracy.

So now it's possible that in State A, many of the factors we mentally evaluate check the box for "good sound." Then we switch to State B, and a few things are damaged and a few things are improved. Without having to invoke the concept of Placebo Effect (which is way too real, by the way), it should be fairly easy to believe that we won't fairly weigh all of the changes we hear. We'll notice one or two, and create a subjective conclusion based on it.

"There's less digital glare in State B"…. so state B is better than A. Next. "State C has tighter bass, it hits harder and fades naturally." Now C is better than B. And finally, "There's a very natural separation in A, air around the instruments that I didn't pick up on in C." So…. A beats C.

And there you have it. The Escher Staircase of Audio Upgrades.

"So how do I get out of this infinite loop?" you wonder. Perhaps I'll write about this in more detail later, but for now I'll leave you with this. Evaluation of what sounds "better" isn't enough. If you want to be more objective, it helps to have a checklist of specific criteria to evaluate, a uniform measuring scale against which to compare, repeatable results and a highly controlled environment (both physical listening environment, and your own physical and emotional state).

But for Heaven's sake… don't take all the fun out of listening to your gear by forgetting to also listen to the music.